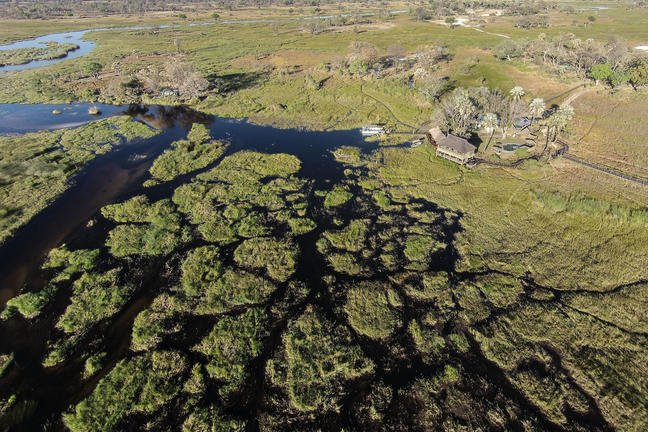 Botswana had a poor rainy season this year and the lack of rain looks to make for an extended season of phenomenal game viewing for 2019.  During years of normal rainfall animals migrate away from the Okavango Delta into the surrounding Kalahari, returning to the permanent waters of the delta when the dry season begins.  Usually the best game viewing in the Okavango and Moremi is later in the dry season from about August-October.  Large concentrations of game gather at few remaining water holes and jostle for space and access to drinking water.  Predators frequent the water in hopes of an easy meal and make for some incredible wildlife interactions.  Due to the lack of rain this year, 2019 may provide a much longer season of enhanced game viewing. 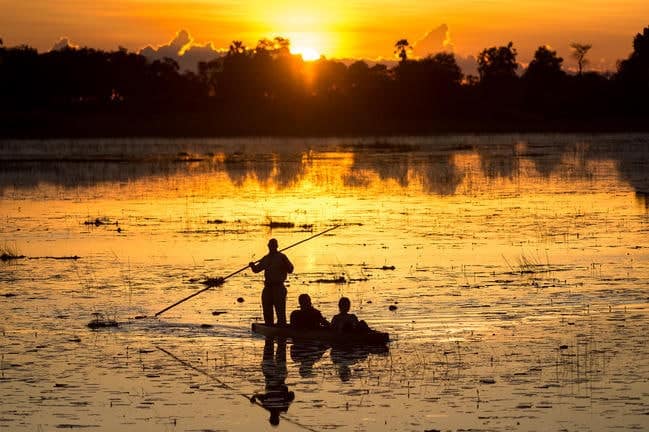 Rainfall, Floods, and the Okavango Delta

The Delta exists because the Okavango River, flowing down from Angola, never reaches the ocean.  Instead, due to past geologic activity, the river fans out as it enters the Kalahari forming the famous delta.  This world class oasis in the middle of the harsh desert supports a huge variety of game: lions, elephants, wild dog, zebra, wildebeest and hundreds of birds.

Water in the delta comes from the Okavango River as it enters Botswana from Namibia and from localized rainfall.  In a typical year, rains begin to fall in November and eventually end around April or so.  During the rains, many animals (zebra, wildebeest, elephants) migrate south out of the Okavango-Moremi-Chobe region and move deeper into the Kalahari to give birth.  They are attracted to the fresh grass growing from the rains.  Around March and April the rains stop, the water holes dry, and the wildlife moves back north to the permanent waters of the Okavango.

From November-April, rain is also falling at the Okavango River’s headwaters far away in northern Angola.  The flood waters gradually gather volume and finally reaches the Delta in June or so bringing a fresh pulse of water to the arid region.  The floodwaters tend to arrive early in the dry season just as much of the water in the surrounding Kalahari has dried up. 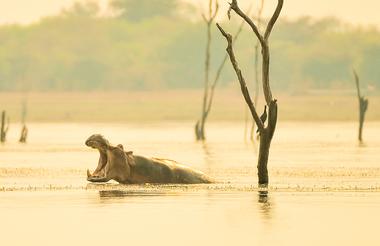 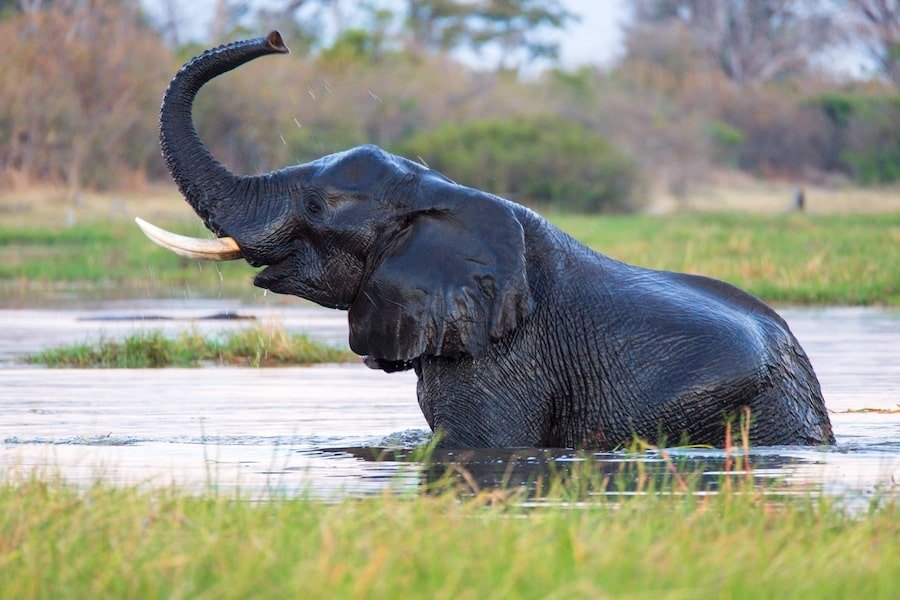 How will the poor rainfall effect game viewing and safaris this year?  Though many water-based activities (mokoro or boating excursions) may be cancelled due to low water levels, game viewing should be excellent.  The local rains have been poor and considering the rainfall data in Angola, it is likely the upcoming year will be very dry in Botswana.  Animals will likely remain near permanent water sources so 2019 is gearing for a much longer season of spectacular game viewing.  Usually August-October has best game viewing as animals congregate at the permanent water sources.   But it’s looking like this scenario may happen as early as June this year.  So if you're considering a Botswana safari this year, go early and avoid the crowds.  The extended dry season should provide some phenomenal game viewing! 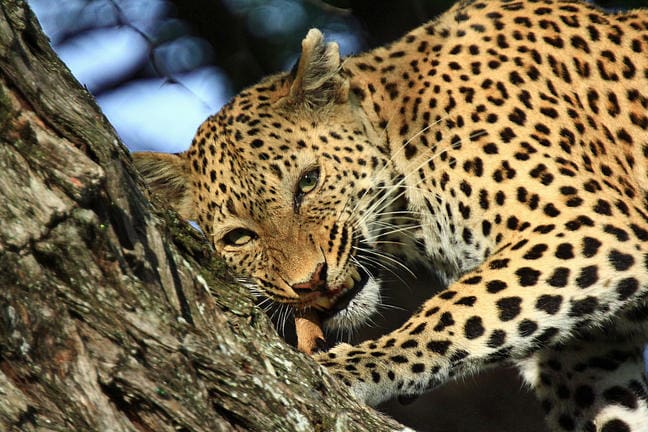 Our Botswana safaris will take you deep into the African bush surrounded by wilderness and wildlife.  We can arrange affordable camping safaris or luxurious lodge safaris where you'll search for game on foot, boat, and vehicle.