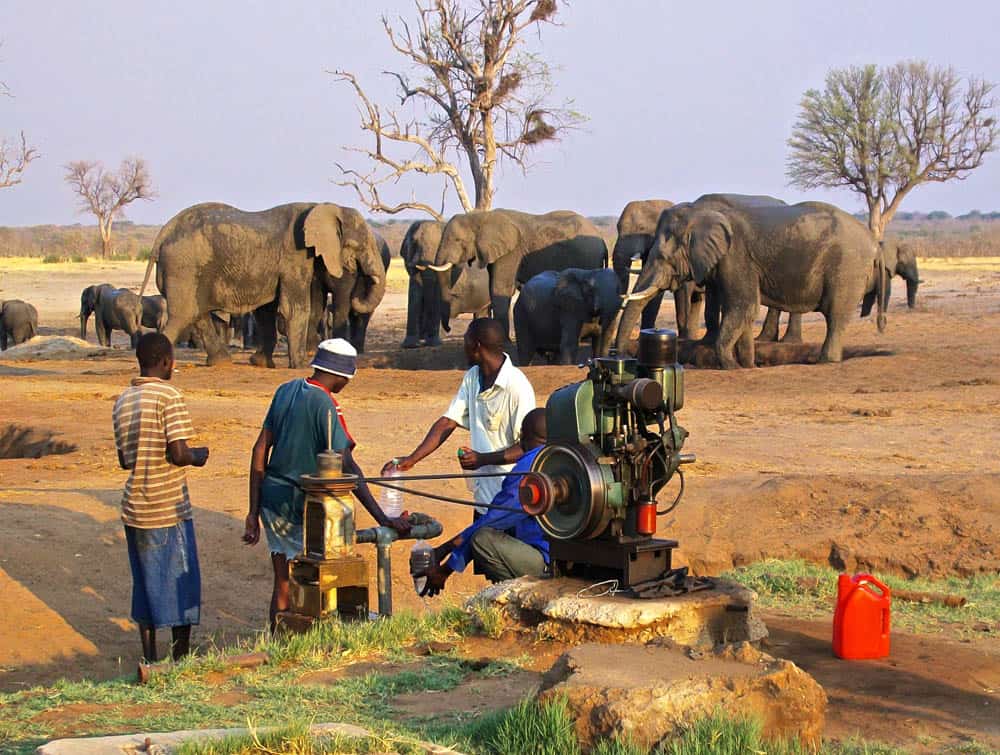 Living in the proximity of wild elephants can be challenging and dangerous.  These iconic animals we travel so far to be see can ruin a farmer’s livelihood in one night or worse, can kill local people.  I came across this story about local villagers in the Okavango Delta region of Botswana and how they feel about sharing the land with elephants.  The following was written by Thalefang Charles, a staff writer for Mmegi Online.  I reproduced it here to give readers a glimpse of the lives of villagers living on the edge of Botswana’s famous game parks. 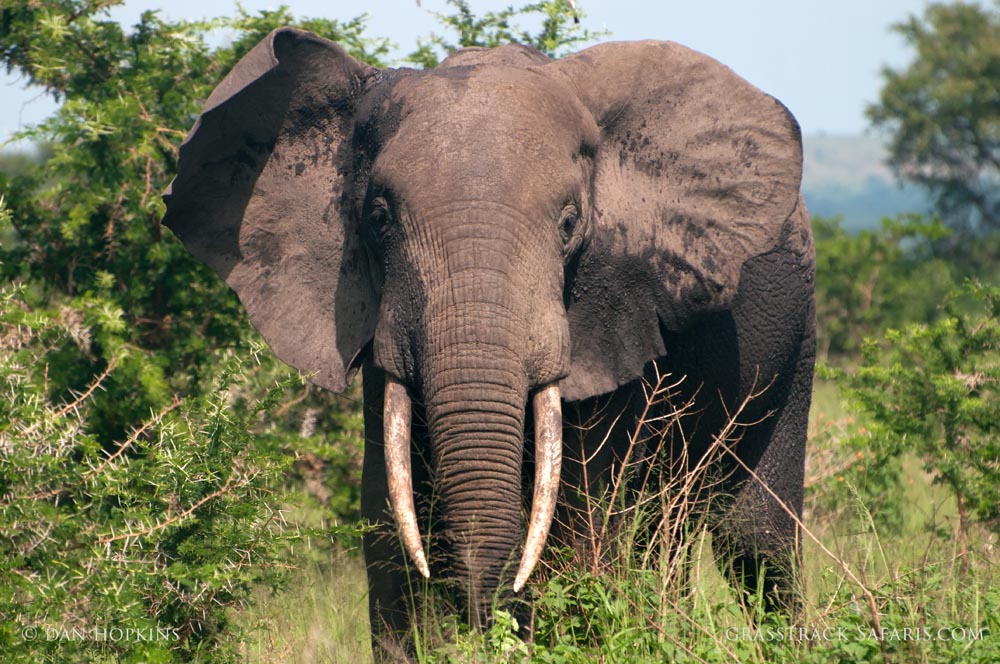 Listen to the People of the Okavango

SERONGA: Two days after the World Elephant Day on August 12, just after the worldwide thumb activists stopped tweeting their beautiful elephant images and messages calling for the protection of the last remaining gentle giants, an elephant killed a man near Gunotsoga in the Ngamiland, east of the Okavango Delta panhandle.

Elephant - an iconic species that is beloved around the world is not such a gentle giant to the people who actually live with Earth’s largest mammal. This is the story of over 16,000 people from 15 settlements in the eastern Okavango Delta panhandle who are trapped between a river and over 18,000 elephants.

This is a story of the area that is popularly known as Overseas in Botswana. It is dubbed Overseas because of its remoteness – to access the area involves either crossing the river with a ferry at Mohembo or flying in.

This remote eastern side of the Okavango Delta, an area of about 8,000 square kilometres is home to over 16,000 people who are living with just over 18,000 elephants. It is one of the unique places in the world, where elephants outnumber people.

The people of the area are battling to learn to live amongst the growing population of elephants, although at times it feels in vain, like this week when they have to bury another victim of an elephant trampling.

The entire area has no tarred road, even though it has some of the country’s most scenic villages. Everyday the people observe an elephant curfew and seek refuge in their homesteads made out of letlhaka or river reeds. After sunset herds of elephants come from inland past the villages to the river. 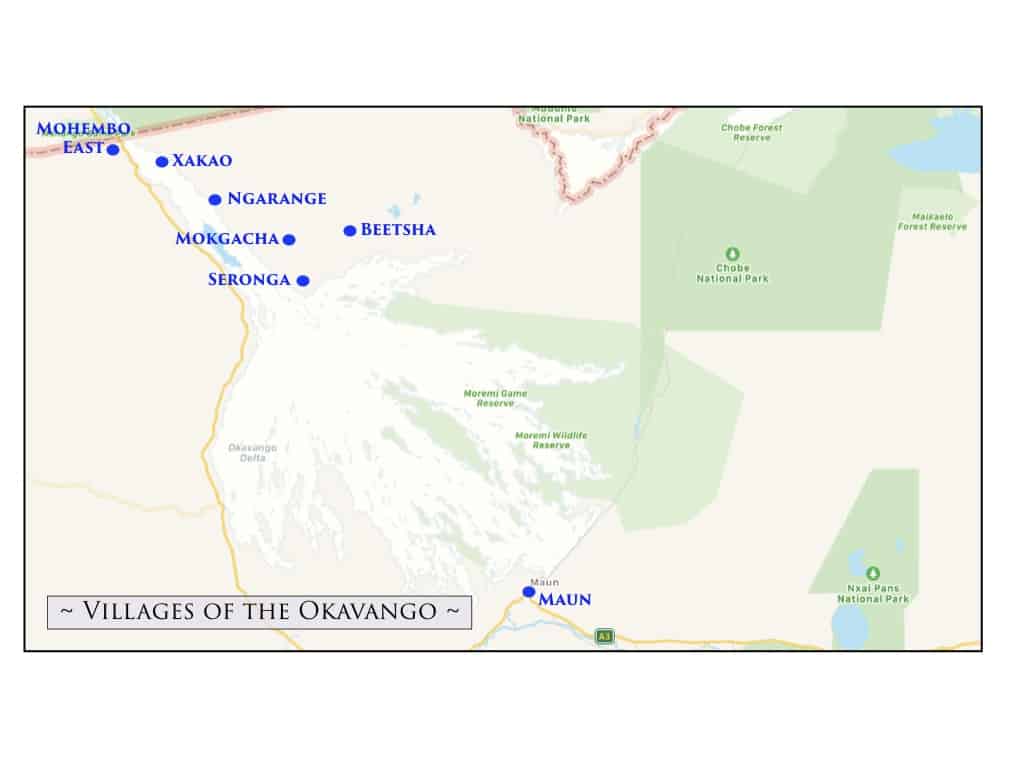 Standing by the Ngarange riverside watching the mighty Okavango River stretching wide as far back as the eye can see or the beautiful high grounds of Sekondomboro overlooking the evergreen river plain are special sights. And it is clear from all the villages lined along the scenic river why the people decided to settle there. The area is incredibly beautiful and the perennial mighty river is a source of life to almost all the living creatures around the area.

On this side of the river, just after the Mohembo Ferry is the village of Mohembo East. It is the first settlement in Overseas in the NG11. There, Kgosi Mothohelo begins with complaints of too many elephants. He says, “Most of the elephants that are troubling us are from a park [Mahango Game Park] in Namibia. They destroy our crops, especially at Kutakae along the border”.

Mothohelo suggests that the government should provide wildlife guards to camp around Kutakae during the farming season so that they could assist in driving the elephants away from their farms.

Twenty kilometres from Mohembo East past Kauxwi and Xakao is the village of Sekombondoro. There Kgosi Mbindira Matabo reveals that they too have many elephants. Matabo suggests that hunting tenders of elephants should be brought back to control their growing population. He also recommends that government should increase the number of game wardens in the area during the farming season.

Kgosi Keemetse Johane from Ngarange says an elephant attacked and nearly killed a person in April this year and the incident has sent shockwaves in the village.

“We are now living in fear. We can’t go and look after our cattle or travel to our lands, which are far from the village because we are scared of elephants,” Johane says.

He requested the government to speed up the compensation process after wildlife damages and find ways that the people would realise the benefit of the wildlife so that they do not see them just as dangerous beasts that are hazardous to their lives.

After Ngarange is the village of Mokgacha, located at an area with beautiful big trees and there, Kgosi Joshua Gwexa also complains about the elephants.

He says, “Here the elephants are so many that during the ploughing season we did not plant anything because of the many elephants in the area. After sunset we do not go out at night. So we support the lifting of the hunting ban because we feel it might help with the elephants’ movement”. 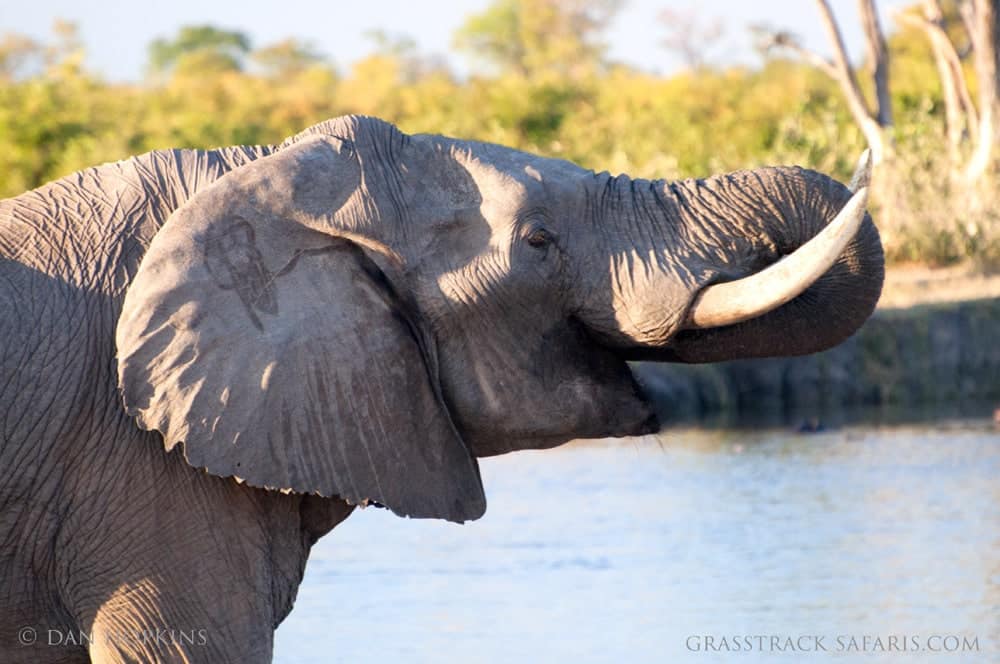 The village of Seronga is located at the end of the panhandle as the Okavango River transforms into a delta. Seronga is the largest village in the area and its leader Kgosi Maeze Maeze holds major influence in Overseas. Kgosi Maeze says the elephant population in the area is threatening the existence of other species.

“There are many elephants here and they have destroyed the vegetation. Our goats and small wild animals are under threat because there is not enough grass for eating and hiding. They are out of control,” Maeze reports. “The people are not cultivating crops because of the elephants and they now rely on government destitute programmes although they are able and capable to feed themselves.”

The Seronga chief also welcomed the move to lift the hunting ban saying it would assist in controlling of the elephant population in their area.

From Seronga, the road follows the Okavango spillway heading towards Linyanti area. The first settlement on this road is Gunotsoga. Kgosi Gakegane Saoxo of Gunotsoga says they love elephants but they are now just too many.  “We want them here. They make our land beautiful and that is also why our grandparents lived here, but they are too many and that is problematic. We want to remain with a manageable number so the government must figure out how to do that, even with hunting it would help us,” Kgosi Saoxo states.

Kgosi Boitshwarelo Mosenyegi from Eretsha says some days the elephants do not even leave the village throughout the day.

“As we speak now, there are elephants in the middle of the village. People can’t access the river to fetch water because they are afraid of elephants. Right now they got the small calves and they are extremely dangerous and we live in fear. So the government must find a way, whether through hunting or otherwise to reduce the numbers in our area,” Kgosi Mosenyegi argues.

After Eretsha is a village of Beetsha where Kgosi Bonang Karundu also reiterated other chiefs’ suggestions of finding a way to reduce elephants in the area.

Kgosi Karundu says, “We’ve got a lagoon in the village and the elephants drink here, which poses serious risk to many people. Some of these elephants are very aggressive as they attack people without any provocation”.

Another village elder from Beetsha, Marota Moriri suggested that elephants should be sold to other countries because they are just too many and are unmanageable in their area.

An elephant biologist based in the area, Dr Anna Songhurst of Ecoexist Project differs with the people’s reports of over-population of elephants. She reports that from their surveys of NG11 there are about 18,000 elephants.  She argues that the assumption that there are too many elephants is not based on scientific fact, but it is mainly due to “more people encountering elephants”.

Songhurst suggests that the best solution is to create big movement corridors across the borders of Botswana, Namibia and Angola.

“If you care about elephants, the best thing is to support the people that live with elephants,” she challenges all elephant lovers.

Thalefang Charles is a traveller, photographer, writer, and arts lover from Gaberone, Botswana.